Iso is a new opioid causing overdose deaths at an exponential rate in the United States. Iso may be 500 times more potent than morphine. Iso has been laced with other drugs and taken in combination with drugs that can increase respiratory depression. The DEA recently announced that it is placing Iso as a schedule I opiate to regulate the distribution and help combat the opioid epidemic.

Isotonitazene, commonly called ‘Iso,’ is considered one of the most persistent and prevalent new opioids in the United States. It is a new synthetic (also known as human-made) opioid causing overdose deaths at an exponential rate.

Opioid overdose deaths have been increasing because of the availability of potent synthetic opioids on the black drug market.

In April 2019, China announced a ban on the unauthorized production of fentanyl in response to the pressure from the United States federal government for China to provide more oversight on fentanyl production. Since then, new synthetic opioids, like Iso, have been on the rise.

Iso is obtained through unregulated sources; therefore, the identity, purity, and dosage may result in significant adverse health risk.

Iso is a member of the benzimidazole family of opioids, which includes etonitazene, metonitazene, and clonitazene. This group of opioids is thought to have similar or higher potency to fentanyl. Iso was found to be 500 times more potent than morphine in an animal study.

Iso is designed to mimic the effects of etonitazene. The DEA classifies etonitazene as a schedule I controlled (a.k.a. illegal) substance because it has high abuse potential.

Iso can quickly enter the brain and cause effects on the central nervous system (CNS). The higher the dose consumed, the greater effect the drug will have on the body. The major side effect that leads to life-threatening overdoses is respiratory depression (slowing down of breathing).

Since Iso is a new synthetic opioid, users have no experience taking the drug. This increases the risk of accidental overdose deaths because it is unknown what dose will cause certain effects.

The risk is exceptionally high if users don’t know they are taking Iso, which may be the case when it is sold in the illegal opioid market.

Iso can be found in both free base and salt form. It has been reported to be in brown, yellow, and white powders, as well as identified in liquid form.

In March 2020, Iso was found in 1,900 fake pharmaceutical pills in Nova Scotia and Newfoundland. The drug was pressed into tablets to resemble Dilaudid (also known as hydromorphone). The Iso pill is a white triangular tablet with rounded corners that has an “M” on one side and the number “8” on the other side. The danger is that people may think they are taking a different drug.

Death investigations associated with Iso, showed Iso was used in combination with one or more psychoactive substances, suggesting that multiple drugs were laced or used together. Many cases involved the use of benzodiazepines, which are also CNS depressants and lead to respiratory depression and potentially death.

Because Iso is a new drug, many law enforcement and healthcare personnel have not heard of the drug. Therefore, detecting Iso is a challenge because it does not show up on routine drug screening. Iso needs to be added to toxicology tests to understand the extent of the problem.

If a patient shows up to the emergency department with signs of an opioid overdose, but the opiate testing is negative, the missed diagnosis could have deathly consequences.

An important part of combating the opioid epidemic has been the distribution of the overdose reversal drug Narcan. Narcan can temporarily reverse an overdose while it is happening. Iso may respond to Narcan, but because it has a high potency, it may require several doses for it to be effective.

The State of Ohio Board of Pharmacy was the first to issue a proposal to place isotonitazene as a Schedule I opiate. The board found Iso to have a high potential for abuse, no accepted medical use, lack of accepted safety, and poses a risk to public health.

In June 2020, the DEA issued a notice for a temporary order to schedule isotonitazene in schedule I of the Controlled Substances Act. This action will help to regulate the manufacturing and distribution of the drug in hopes of decreasing the rise of Iso. Narcan: The Nasal Spray that Could Save Your Life

Opioids (sometimes called narcotics) are a type of medicine that decreases the feelings of pain. Healthcare providers may prescribe opioids to lessen pain from: Opioids What are Rebound Headaches?

Rebound headaches, also called medication overuse headaches, can occur if you take certain pain relievers above their recommended dosages. Learn about what causes rebound headaches and how to prevent and treat them.

The inner knee is a joint where the femur meets the tibia. It's one of many joints in your body, and can sometimes be Aleve vs Ibuprofen: What’s the difference?

We all have muscle aches and pains every once in a while, and sometimes, the pain gets to be enough that we need to

Questions About Pain on the Left Side of My Body

Cove is a telemedicine company that provides personalized treatment for migraine sufferers, but are their medications effective? We provide you with an honest review.

Meloxicam Side Effects: What Are They?

People who suffer from rheumatoid arthritis and osteoarthritis deal with daily, chronic pain that can have a serious impact on their quality of life.

Aleve vs Advil: What are the Main Differences?

Although Aleve and Advil are available over the counter, they’re not without risk. Recent studies have concluded that approximately 15 percent of American adults To Take or Not to Take: Osteoarthritis Supplements

Are you one of the over 30 million Americans suffering from osteoarthritis? Or maybe you know someone who is? Do you or someone you Meloxicam Side Effects: What Are They?

People who suffer from rheumatoid arthritis and osteoarthritis deal with daily, chronic pain that can have a serious impact on their quality of life. What Do Muscle Relaxers Do?

If you’ve ever struggled with lower back pain, had certain types of surgery, or are affected by certain chronic muscular conditions like multiple sclerosis,

What’s The Best Over the Counter Migraine Medicine?

We’re revealing the best over the counter migraine medicine to help you in your selection. Read on for more details.

Narcan: The Nasal Spray that Could Save Your Life

Opioids (sometimes called narcotics) are a type of medicine that decreases the feelings of pain. Healthcare providers may prescribe opioids to lessen pain from:

Migraine headaches affect 12% of the population in the United States. During an acute migraine headache, symptoms can get severe enough where it becomes

Ocular Migraine Treatment: What You Need to Know

If you’ve experienced the pain of a migraine, you know how strainful it can be. Find out the best ocular migraine treatment and more

To Take or Not to Take: Osteoarthritis and Supplements

Osteoarthritis is a degenerative joint disease, sometimes referred to as “wear and tear” and affects over 30 million Americans. There are a variety of

What Is Plantar Fasciitis? The Symptoms, Causes, Risk Factors, and Treatment Options

Plantar fasciitis is a common foot injury that can cause pain and discomfort. The plantar fascia is a band of connective tissue that runs Is Hydrocodone an Opiate?

Hydrocodone is an opiate that presents a high risk of abuse and addiction. Commonly prescribed for the short term management of pain, hydrocodone can 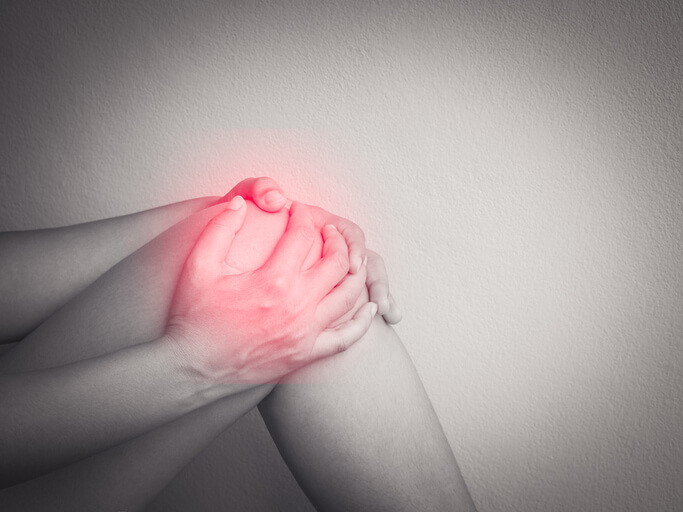 Being aware of the potential side effects associated with joint pain medication can help you decide which drug is right for you. Learn more Hydrocodone vs Oxycodone: The Difference Explained

Hydrocodone and oxycodone are prescription opioid painkillers that are effective medications to treat moderate to severe pain. Oxycodone is more likely to cause side Gabapentin Side Effects: What Are They?

Gabapentin is in a class all its own when it comes to medications – literally. The medication belongs to a class of drugs named

What are Rebound Headaches?