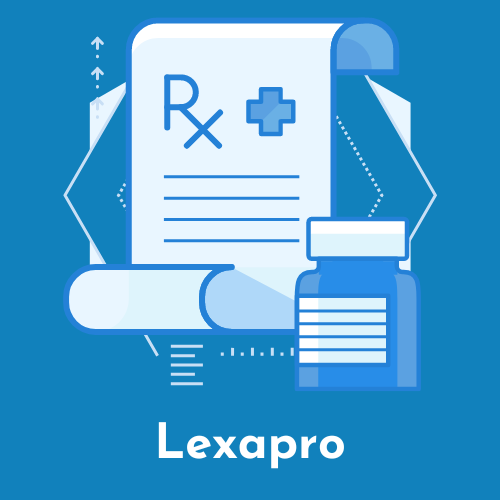 Lexapro (escitalopram) is an antidepressant from the group of drugs called selective serotonin reuptake inhibitors (SSRIs) and is used to treat certain types of depression and anxiety. Lexapro works by balancing levels of serotonin in the brain and nerves.

We’ve all suffered from mild to moderate pain or a fever at some point in our lives, and for many of us, we’ve likely experienced pain this week! Pain and occasional fevers are a fact of life for most people, and pain medication and fever reducers can help us to feel better sooner. Tylenol is one of the most popular medications in the United States and has been treating mild to moderate pain and reducing fevers since the 1950s. It is not the same as ibuprofen, aleve, or advil, therefore, this article is only speaking about acetaminophen containing products. Today, approximately 23 percent of American adults take Tylenol or its generic form, acetaminophen, in any given week, and acetaminophen products are the most commonly used medication to relieve pain and reduce fever in children. Tylenol is generally considered safe and effective when taken as directed, but it’s important to know exactly how often you can take Tylenol and how much is safe to take. Picnic is a telehealth company that provides personalized treatment for allergy relief, but do they actually work? We hope to provide you with an honest review. Clarinex is an antihistamine that reduces the effects of the natural chemical histamine in the body. Histamine can produce symptoms of sneezing, itching, watery eyes, and runny nose.

Clarinex requires a prescription from a doctor.

Cialis and Viagra can both be used to treat erectile dysfunction (ed) and benign prostatic hyperplasia (bph), but the medications are not interchangeable, and there are some key differences between the two drugs.

How Much Does Arnuity Ellipta Cost? Asthma can be relatively mild or serious and potentially deadly, so the types of treatments available vary accordingly. Prescriptions like Arnuity Ellipta are intended to help prevent asthma attacks, while rescue inhalers like albuterol are intended for use in the midst of sudden asthma symptoms.

What is Breo Ellipta and How Much Does it Cost? Breo Ellipta is a preventative inhalation powder that can help people with asthma or chronic obstructive pulmonary disease manage their condition and minimize breathing difficulties. Bronkaid (ephedrine sulfate and guaifenesin) is a medication designed to treat symptoms of intermittent asthma that is sold at drug stores like CVS and Walgreens as well as big-box stores like Walmart and Target.

What does Bronkaid do? Bronkaid is a dual-action medication that is intended to treat symptoms of intermittent asthma; the two components of Bronkaid are ephedrine sulfate and guaifenesin.

Bronkaid side effects: What are they? While some people have severe, life-threatening asthma attacks and rely on inhalers to control their symptoms, other people have more intermittent and mild cases that can be managed by taking over-the-counter medications that provide relief, such as Bronkaid.