Using Effexor with Alcohol: What Are the Risks?

Millions of adults in the United States use Effexor to treat common mental health conditions like depression and anxiety.

Like other antidepressants, Effexor can cause side effects that affect many different symptoms of the body, and these side effects may be exacerbated when the medication is combined with alcohol.

If you are taking Effexor to treat a mental health condition, here’s what you need to know about using Effexor with alcohol.

Effexor and its extended-release capsules Effexor XR are brand-name prescription antidepressants that are commonly sold under the generic name of their active ingredient, venlafaxine.

Effexor belongs to a class of antidepressants called serotonin-norepinephrine reuptake inhibitors (SNRIs) and was first approved by the U.S. Food and Drug Administration (FDA) in 1997.

Effexor is intended for use in adults only but may in some cases be used to treat mental health issues in children.

SNRIs like Effexor are thought to improve the symptoms associated with common mental health conditions like depression and anxiety by inhibiting the reabsorption of neurotransmitters called serotonin and norepinephrine in the brain.

These neurotransmitters act as chemical messengers between the brain cells, and low levels of serotonin and norepinephrine are thought to contribute to increased feelings of depression and anxiety.

By inhibiting the absorption of these neurotransmitters, Effexor helps to increase the levels at which they are found in the brain.

What are the risks of using Effexor with alcohol?

Although researchers do not know exactly how SNRIs like Effexor work to relieve symptoms of depression and anxiety, it is believed that this occurs as a result of the increase of the levels and activity of serotonin and norepinephrine in the brain.

By contrast, alcohol is a central nervous system (CNS) depressant that produces a calming, relaxing effect in the neurological system by slowing down the action of the brain, including the activity of the neurotransmitters.

This calming effect is why people may have trouble thinking, speaking, or moving normally when they have too much to drink.

When people drink alcohol while taking Effexor, the combination of the two substances can cause the side effects of both to be worse.

Drinking alcohol while taking Effexor can also counteract the effects of the medication, causing it to become less effective and feelings of depression and/or anxiety to get worse.

Using Effexor with alcohol causes both substances to compete with each other for influence over the activity of your neurotransmitters, which increases your risk of experiencing certain side effects of each substance.

What side effects can occur when using Effexor with alcohol?

Like other antidepressants in its class, the use of Effexor can cause a long and varied list of side effects that can affect many different systems of the body.

The side effects of effexor include nausea, dry mouth, and weakness.

Using Effexor with alcohol exacerbates these side effects, which is what makes it so dangerous regardless of what time you take your medication in comparison to the time you drink alcohol.

When using Effexor with alcohol, you are more likely to make poor decisions, fall, or drive while impaired.

Other serious side effects that can occur when using Effexor with alcohol include:

Using Effexor with alcohol increases your risk of experiencing severe side effects of each substance and can be potentially dangerous.

Some of the most common side effects of using Effexor with alcohol include dizziness, reduced inhibition, confusion, delayed reaction times, and cognitive difficulties.

As a result, people who are taking Effexor should avoid drinking alcohol entirely. Alcohol can also decrease the effectiveness of Effexor when treating depression, which can worsen symptoms of depression including loss of appetite and suicidal thoughts.

Contact your healthcare provider to determine whether Effexor is right for you. 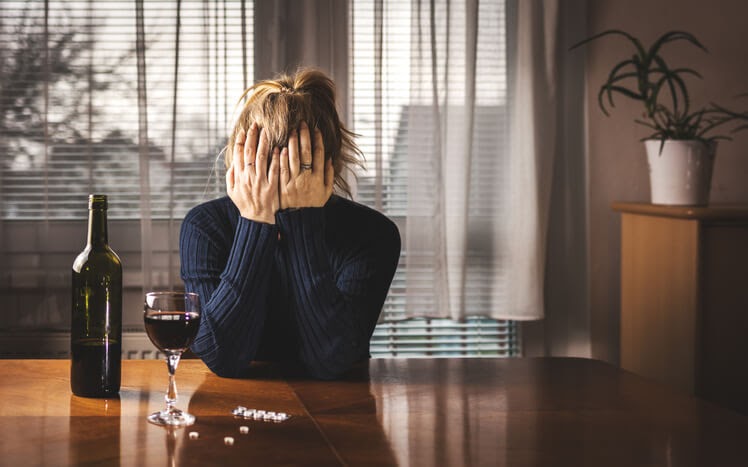 Prozac can be used to treat many different mental health conditions, is associated with a relatively low risk of side effects, and causes the

This fast-acting medication is known for being effective at panic attacks, but how long does clonazepam stay in your system?